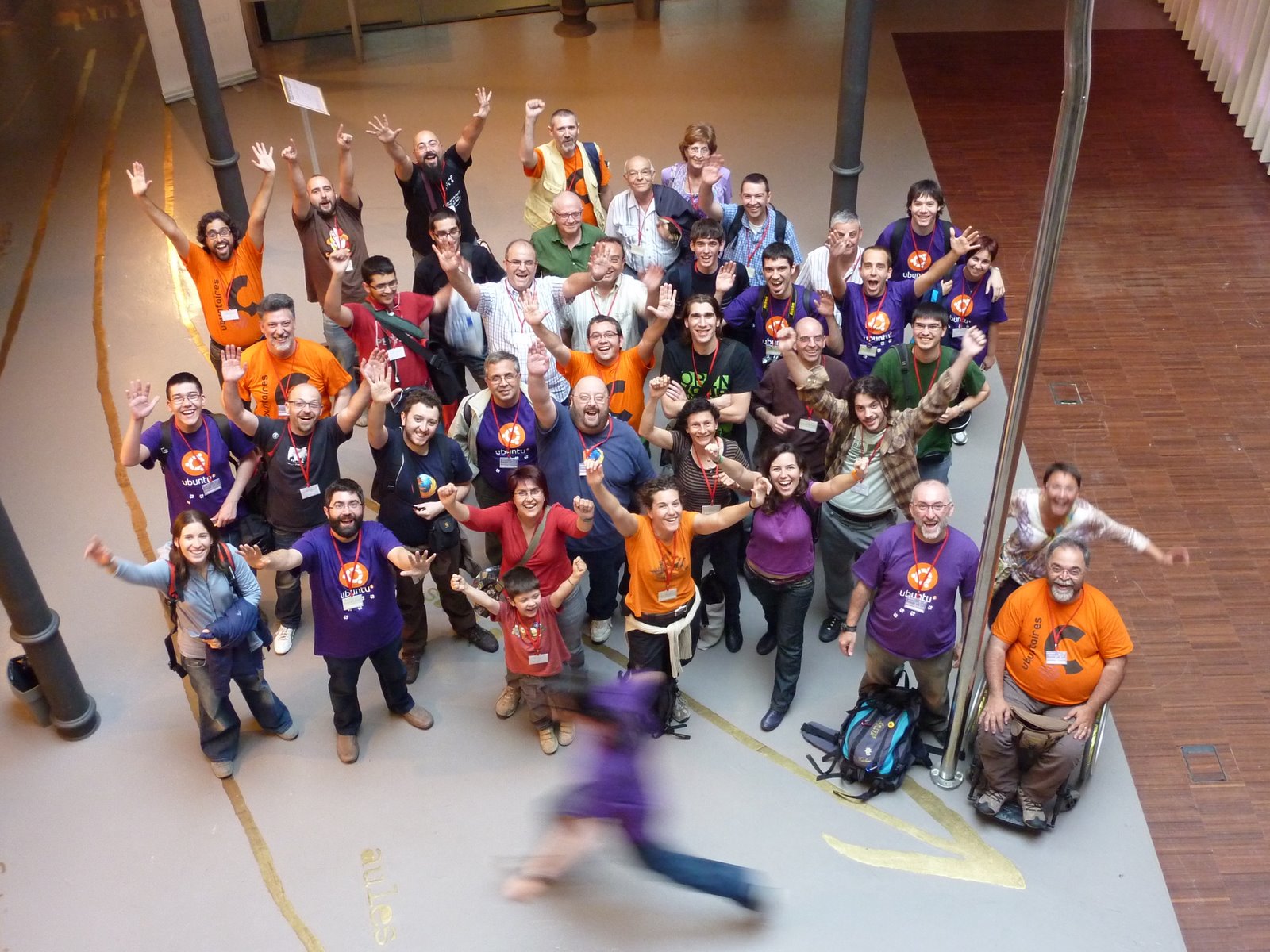 Last weekend the Catalan LoCo team reunited again to celebrate yet another unforgettable Ubuntu release party in València, at the emblematic Octubre Culture Centre in the heart of the city.

They were two days packed with activities, presentations, conferences, unconferences, installs, excellent food and even better company. In summary, good fun for everyone, of which here's just a taste: 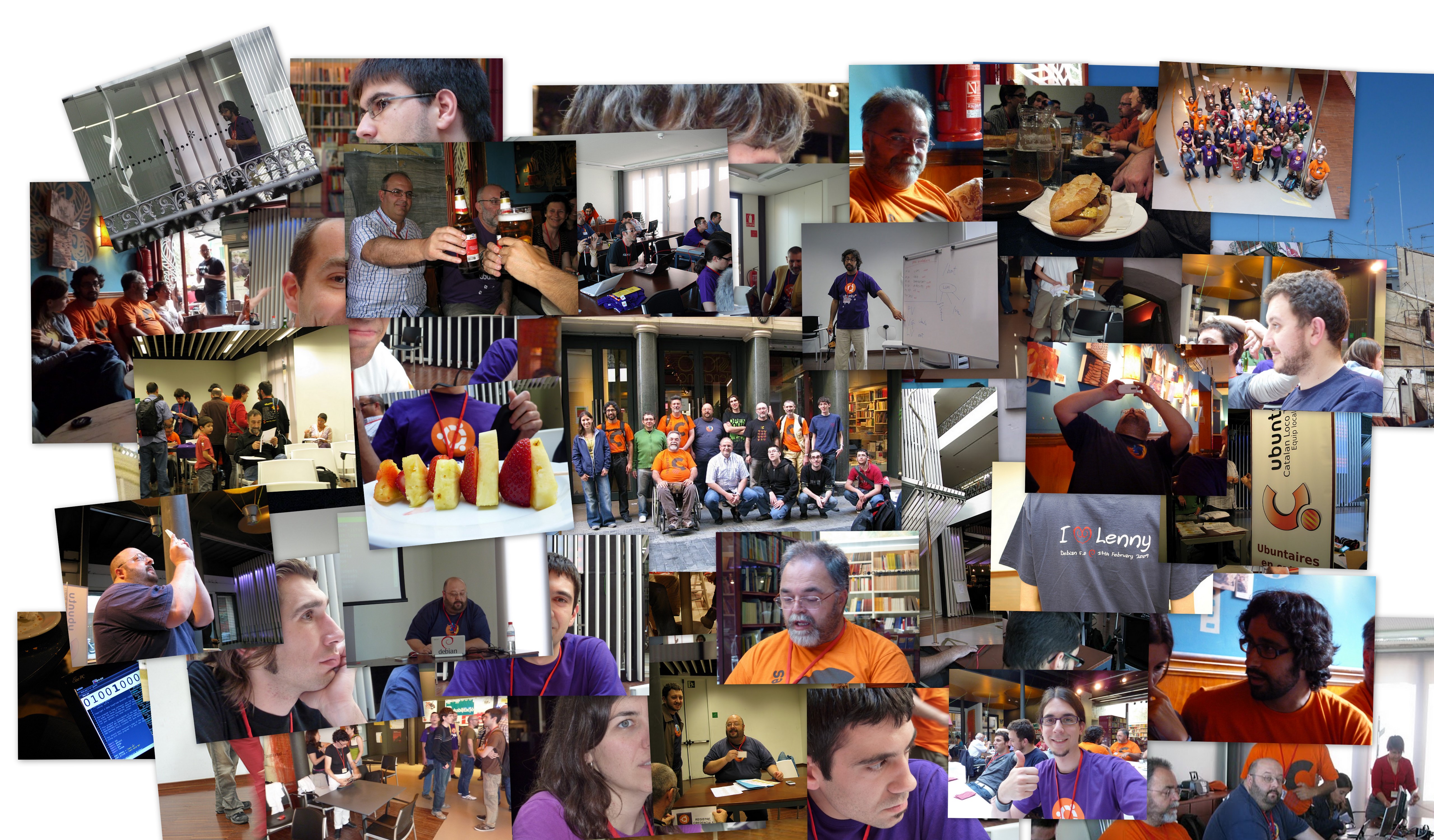 Day 0: Friday - the ubuntaires are coming

As most of the LoCo team members come from different parts of the Catalonia region, they were traveling on Friday to be fresh for the big day on Saturday. Be it with car, train or motorbike, everyone had arrived by the evening and some of us met for a nice  dinner and enjoyed the warm Valencian night.

Apart from seeing the crew again, the highlight for me was to finally meet the great Cubells and Giorgio in person, with whom I collaborate online, but never had the chance to hang out with yet.

The first day started early in the morning, and those who managed to wake up soon enough were able to leave their testimonial in the early bird photo. The first thing we all contemplated in awe was the venue: 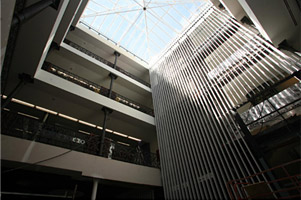 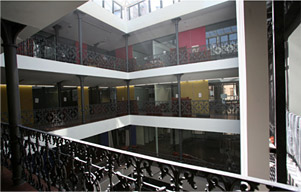 The current building is a reform from the 1879 original, and the adaptation in 2004 nicely marries the contemporary needs with the original style. The Centre itself and the organizations it is home to are a reference when talking about culture in the Valencian Community, and I think I can speak for the whole team in thanking Vicent Cubells for making the Lucid release party in L'octubre possible.

Moving on to more geeky matters, the party kicked off with Alex's presentation and the Maverick UDS video, with obligatory cheer when the picture with the Catalan team was featured. After that, workshops, presentations and the install party were ready to roll, many of them running in parallel.

Later lunch, short break, back to more awesome sessions and a final draw in which number 61 was repeatedly featured in our "random" number generator. Then fast forward to a well-deserved after work beer, a nice dinner in the city, some er... hacking, and last drinks.

As it is to expect with a Sunday morning, the last day started slower than the first, but Alex and Rafael managed to quickly sort that out by energizing everyone with cool topics for the unconference, to which people responded equally well volunteering for presentations.

While all interesting, the ones I would personally highlight were the ones from Josep Gallart, in which he explained the golden ratio applied to photography, and the session on Tai Chi at the terrace by Rafael Carreras, which constituted a very nice and pleasant finale.

Following that, we all went for dinner, enjoyed good food at L'octubre once more and were kindly invited to cava by Giorgio's parents. That marked the closure of the event, after which people started the long journey back home, thinking already on how to make the next release party even more awesome.

Thanks to everyone and see you all soon!

UPDATE: I forgot to add that you can also read a report in Catalan from Sisco's blog post