Over the years, Ubuntu has changed and has lead change to keep thriving in such a competitive space. The first years were particularly exciting: there was so much to do, countless possibilities and plenty of opportunities to contribute.

Everyone that has been around for a while has fond memories of the Ubuntu Developer Summit, UDS in short. An in-person event run every 6 months to plan the next version of the OS. Representatives of different areas of the community came together every half year, somewhere in the US or Europe, to discuss, design and lay out the next cycle, both in terms of community and technology.

It was in this setting where Ubuntu governance and leadership were discussed, the decisions of which default apps to include were made, the switch to Unity's new UX, and much more. It was a particularly intense event, as often discussions continued into the hallways and sometimes up to the bar late at night.

In a traditionally distributed community, where discussions and planning happen online and across timezones, getting physically together in one place helped us more effectively resolve complex issues, bring new ideas, and often agree to disagree in a respectful environment. 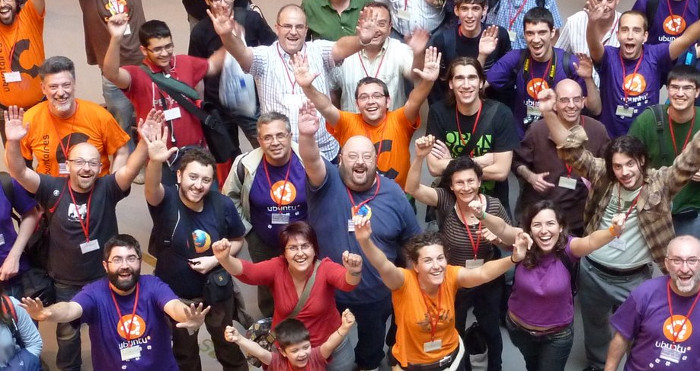 Change takes courage, it takes effort in thinking outside the box and going all the way through, but it is not always popular. I personally believe, though, that without disruptive changes we wouldn't be where we are today: millions of devices shipped with Ubuntu pre-installed, leadership in the cloud space, Ubuntu phones shipped worldwide, the convergence story, Ubuntu on drones, IoT... and a strong, welcoming and thriving community.

At some point, UDS morphed into UOS, an online-only event, which despite its own merits and success, it does admittedly lack the more personal component. This is where we are now, and this is not a write-up to hark back to the good old days, or to claim that all decisions we've made were optimal –acknowledging those lead by Canonical.

Ubuntu has evolved, we've solved many of the technological issues we were facing in the early days, and in many areas Ubuntu as a platform "just works". Where we were seeing interest in contributing to the plumbing of the OS in the past, today we see a trend where communities emerge to contribute taking advantage of a platform to build upon. 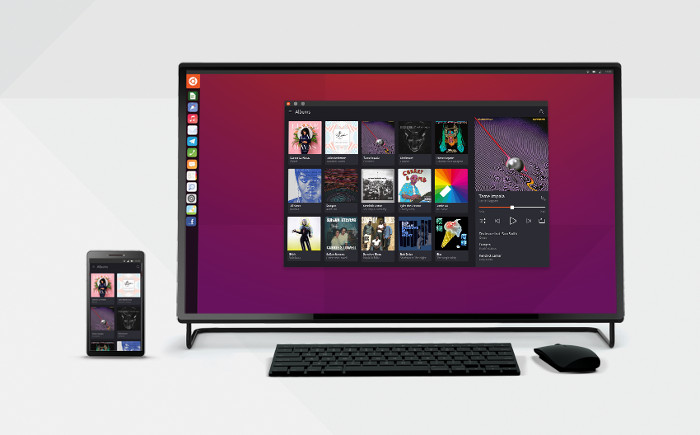 Yet Ubuntu is just as exciting as it was in those days. Think about carrying your computer running Ubuntu in your pocket and connecting it to your monitor at home for the full experience, think about a fresh and vibrant app developer community, think about an Open Source OS powering the next generation of connected devices and drones. The areas of opportunity to get involved are much more diverse than they have ever been.

And while we have adapted to technological and social change in the project over the years, what hasn't changed is one of the fundamental values of Ubuntu: its people.

To me personally, when I put aside open source and exciting technical challenges, I am proud to be part of this community because its open, welcoming, it's driven by collaboration, I keep meeting and learning from remarkable individuals, I've made friendships that have lasted years... and I could go on forever. We are essentially people who share a mission: that of bringing access to computing to everyone, via Free Software and open collaboration.

And while over the years we have learnt to work productively in a remote environment, the need to socialize is still there and as important as ever to reaffirm this bonding that keep us together.

The rise of the UbuCons

UbuCons are in-person conferences around the world, fully driven by teams of volunteers who are passionate about Ubuntu and about community. They are also a remarkable achievement, showing an exceptional commitment and organizational effort from Ubuntu advocates to make them happen.

Unlike other big Ubuntu events such as release parties -celebrating new releases every six months- UbuCons happen generally once a year. They vary in size, going from tens to hundreds to thousands, include talks by Ubuntu community members and cross-collaboration with other Open Source communities. Most importantly, they are always events to remember. 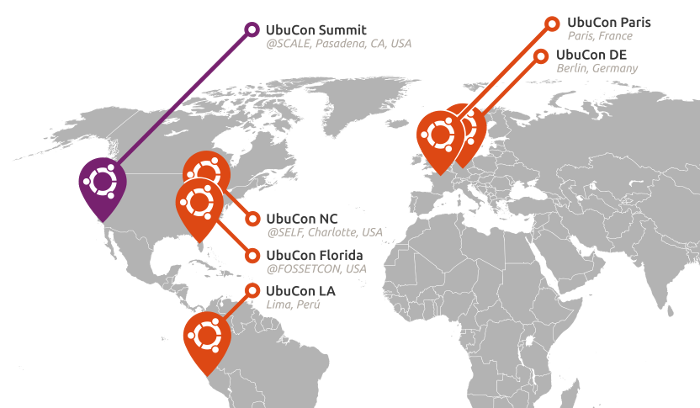 A few months back, at the Ubuntu Community Team we started thinking of how we could bring the community together in a similar way we used to do with a big central event, but also in a way that was sustainable and community-driven.

The existing network of UbuCons came as the natural vehicle for this, and in this time we've been working closely with UbuCon organizers to take UbuCons up a notch. It has been from this team work where initiatives such as the UbuContest leading to UbuCon DE in Berlin were made possible. And more support for worldwide UbuCons general: in terms of speakers and community donations to cover some of the organizational cost for instance, or most recently the UbuCon site.

It has been particularly rewarding for us to have played even a small part on this, where the full credit goes to the international teams of UbuCon organizers. Today, six UbuCons are running worldwide, with future plans for more.

And enter the Summit 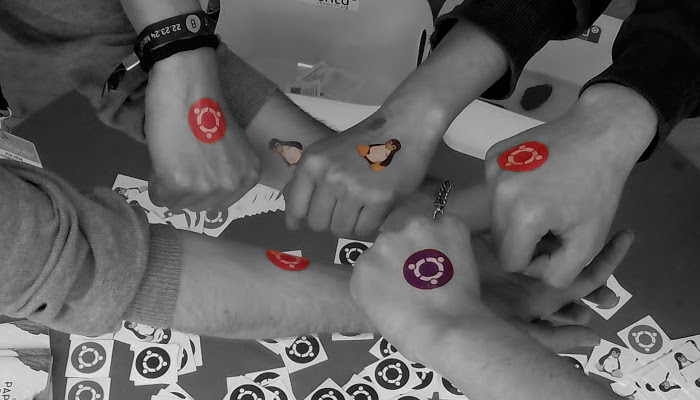 But we were not content yet. With UbuCons covering a particular geographical area, we still felt a bigger, more centralized event was needed for the community to rally around.

The idea of expanding to a bigger summit had already been brainstormed with members of the Ubuntu California LoCo in the months coming to the last UbuCon @ SCALE in LA. Building up on the initial concept, the vision for the Summit was penciled in at the Community Leadership Summit (CLS) 2015 together with representatives from the Ubuntu Community Council.

An UbuCon Summit is a super-UbuCon, if you will: with some of the most influential members of the wider Ubuntu community, with first-class talks content, and with a space for discussions to help shape the future of particular areas of Ubuntu. It's the evolution of an UbuCon. 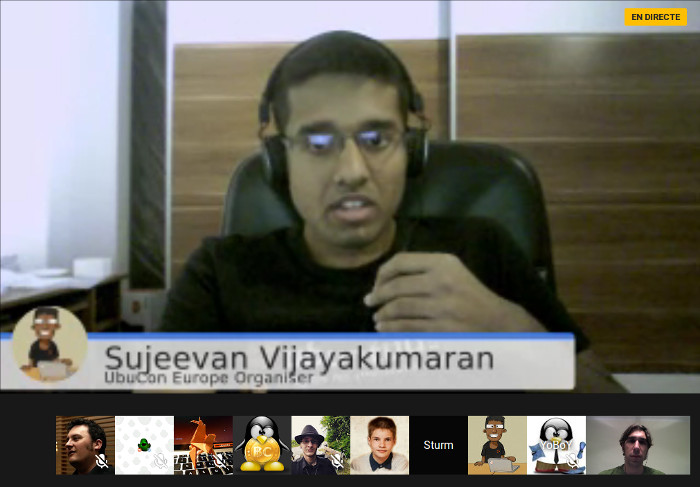 As a side note, I'm particularly happy to see that the US Summit organization has already set the wheels in motion for another summit in Europe next year. A couple of months ago I had the privilege to take part in one of the most reinvigorating online sessions I've been in recent times, where a highly enthusiastic and highly capable team of organizers started laying out the plans for UbuCon Europe in Germany next year! But back to the topic...

Today, the first UbuCon Summit in the US is brought to you by a passionate team of organizers in the Ubuntu California LoCo, the Ubuntu Community Team at Canonical and SCALE, who hope you enjoy it and contribute to the event as much as we are planning to :-)

Jono Bacon, who we have to thank for participating in and facilitating the initial CLS discussions, wrote an excellent blog post on why you should go to UbuCon in LA in January, which I highly recommend you read.

In a nutshell, here's what to expect at the UbuCon Summit:

I'm really looking forward to meeting everyone there, to seeing old and new faces and getting together to keep the big Ubuntu wheels turning.

The 15.04 release frenzy over, but the next big event in the Ubuntu calendar is just around the corner. In about a week, from the 5th to 7th of May, the next edition of the Ubuntu Online Summit is taking off. Three days of sessions for developers, designers, advocates,