A quick guide on removing air from hydraulic valve lifters (bleeding), such as those used on the fuel-injected VW Type 2 bus.

Why do hydraulic lifters need bleeding?

The main goal is to ensure that before installation, hydraulic lifters are properly filled with oil and oil only. By bleeding them, unwanted air is removed from the lifters.

The uncompressible oil content in their pressure chamber is what makes them effectively work as solid lifters during operation. If air (compressible gas) comes in, the mixture will create a compressible cushion in the pressure chamber. As a result, the lifters will be springy and will no longer act as solid ones. If the lifters are fully functional, they should eventually refill/bleed while driving the bus automatically, but it might take a while and they will be noisier until then.

💡 You can easily test if some air (or actually only air) is present in a hydraulic lifter. Simply push on the pushrod socket underneath the lock ring with your thumb. If you can depress it, it needs bleeding out the air inside. If you cannot depress it, then the lifter is fine.

This is not an essential maintenance procedure, though. In fact, you can bleed the lifters on the vehicle. There are multiple sources with instructions on how to do it (that ratwell article is one for instance), but it's beyond the scope of this guide. Bench bleeding lifters will help you with setting their preload when adjusting the valves, as you will be able to better feel the point of solid contact with the pushrod. Empty or partially air-filled lifters will have a spongy contact point, which generally requires more experience to find.

Also, it's never a bad idea to clean them up after 40 years of use.

How they're put together

Here are some diagrams to understand the different parts of a lifter and how they are assembled:

And my actual lifters, disassembled. Notice that the ball check valve is part of the plunger assembly. There is no need to take it apart. Also notice the oil metering grooves at the base of the pushrod socket.

Tweezers – Use your choice of tool instead of tweezers if you will. The reason I like them is that they let me remove the lock ring, extract the plunger and push the ball check valve when either removing or inserting the plunger. All in one tool.

Dowel – The Bentley manual recommends using an old valve guide or sawn-off pushrod to push the socket back in place to insert the lock ring while on the vise. I did not have an old pushrod laying around, and even then, I doubt I would have sacrificed it unless it were bent. A hardwood dowel (e.g. beech or oak) does the job just fine and it's easier to saw. Just make sure that it is long enough to give you room to insert the lock ring while on the vise, but short enough not to snap out of the vise. You can use a pencil sharpener to thin and round the end that goes into the socket for a better fit. Also, if I were to do this often, I would probably fabricate a small base for the dowel for it to be perpendicular and have better stability on the vise.

Engine oil – I used a small bottle with a pipette. Not strictly necessary. I used it more for the fact that there is less chance of oil spilling than with a big container. However, the pipette proved quite useful for precisely filling up to the bleed hole.

👉 Notice oil starting to bleed out of the hole in the lifter body. Keep pushing downward until you meet some resistance.  This will generally coincide with the plunger top just starting to be submerged.

👉 Make sure the dowel is truly perpendicular to the lifter and the vise grip. Really, check it out. If it's not, both dowel and lifter might snap out of the vise under pressure. You don't want to damage the lifter, or most importantly, yourself.

💡 Notice how oil is seeping out of the bleed/feed hole as you push. I'd recommend pressing slowly, waiting for oil to come out a bit, then cleaning up, then turning the vise again.

💡 Oil will also seep out from the top of the pushrod socket. Remember controlled bleeding is also happening there to send oil up the hollow pushrod. As our pushrod substitute here is not hollow, oil will escape through the sides of the socket, as the oil has nowhere else to go to otherwise.

💡 You are effectively doing the same action as when adjusting the lifter's preload on the bus. Only that here you will go as far as the lock ring groove, not further.

The motivation for this guide was to provide easy, step-by-step instructions for the procedure, specific to the Type 2 bus.

Other than the fact that there was no such written material, there seemed to be some confusion about the procedure, particularly because:

Reportedly, the Waterboxer Vanagon Bentley Manual instructions were easier to follow and make more sense than the Bay Window Bentley ones. I tried them, and they worked beautifully. This guide is the result of using that method specifically for the hydraulic valve lifters used in the late bus Type 4 engine. 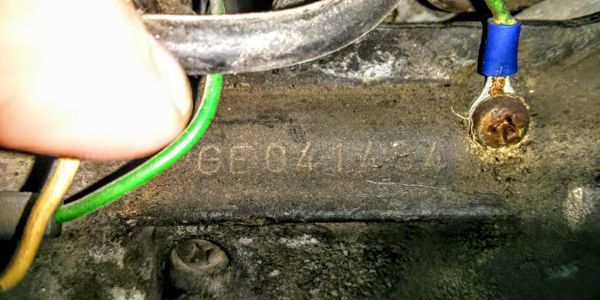 All engines in Volkswagen Type 2 busses from 1968 to 1979 were stamped with a serial number, including a two-letter code. Here's a vintage bus owner's guide on how to decypher the engine code. Quick links ⏩ Take me to the engine codes list ℹ️ Why do I need the engine 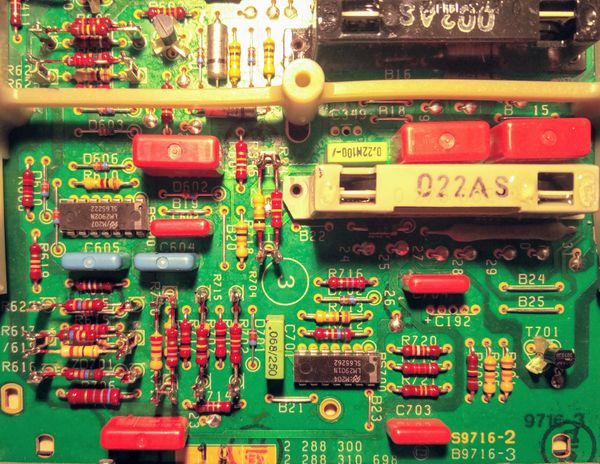 Starting with model year 1975, VW busses of the era featured fuel injection via Bosch's L-Jetronic system, with an analog Electronic Control Unit (ECU) to manage fuel induction. Over the years Bosch and VW produced different types of ECUs, with a plethora of part numbers. This guide seeks to provide